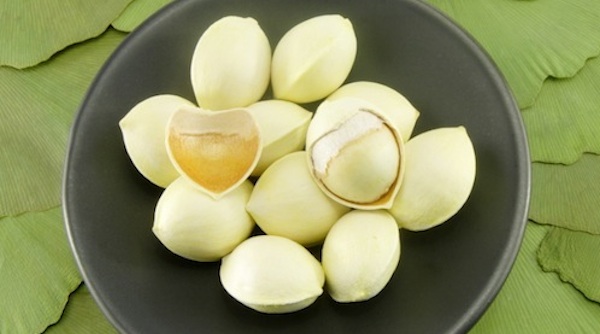 When it comes to sex appeal whipping cream and chocolate sauce are typically thought of before fennel and gingko nuts. But while their taste and texture might be considered more sensual, chemically-speaking, sugary-stuff leaves much to be desired. We’ve put together a list of sexy foods that will not only spark your passion, they boost energy and will keep you feeling frisky for years to come.

Throughout history, many foods and drinks have gotten a reputation for raising the pulse and increasing the pleasure. Since ancient times, foods have been considered aphrodisiacs for myriad reasons, from shape, to aroma, to specific chemical properties. Historically, foods that resembled eggs or seeds were especially revered for their potential sexual powers. And foods that resembled genitalia were even more alluring. This was based on the doctrine of signatures, an ancient European philosophy, which asserted that plants bearing elements resembling human body parts, animals or other objects had useful relevancy to those parts, animals or objects. For example, the asparagus, given its phallic shape, was frequently enjoyed as an aphrodisiac food.

For better luck in the boudoir, consider veggies:

An open fig, traditionally thought to resemble the female sex organ, has long been considered a sexual stimulant. Serve fresh Black Mission figs in a cool bowl of water, as it is done in Italy — and be sure to eat them with your fingers! The pomegranate, a symbol of fertility with its abundant seeds, also symbolizes prosperity and abundance in Chinese culture.

In the category of nuts:

To spice up your nights in the bedroom, take a cue from your days in the kitchen. Herbs and spices are as stimulating to your sex drive as they are to your palate.

There’s more to the adage “Go sow your wild oats” than you might think. Oats are a powerful stimulant that encourage the release of testosterone to help boost libido. Just add some bananas, figs and pomegranate seeds to your bowl at breakfast, and you’ll be good to go all day.